As most of you know, Island Boy and I took a trip to the southwest a couple months ago where we visited a variety of natural attractions including a National Monument, 2 Indian Reservations and 3 National Parks—We drove, or shall I say…my partner in adventure drove (while I planned and navigated) over 1100 miles in 5 days! It was insane, but amazing and I think I can speak for us both when I say we’d do it again in a heartbeat! 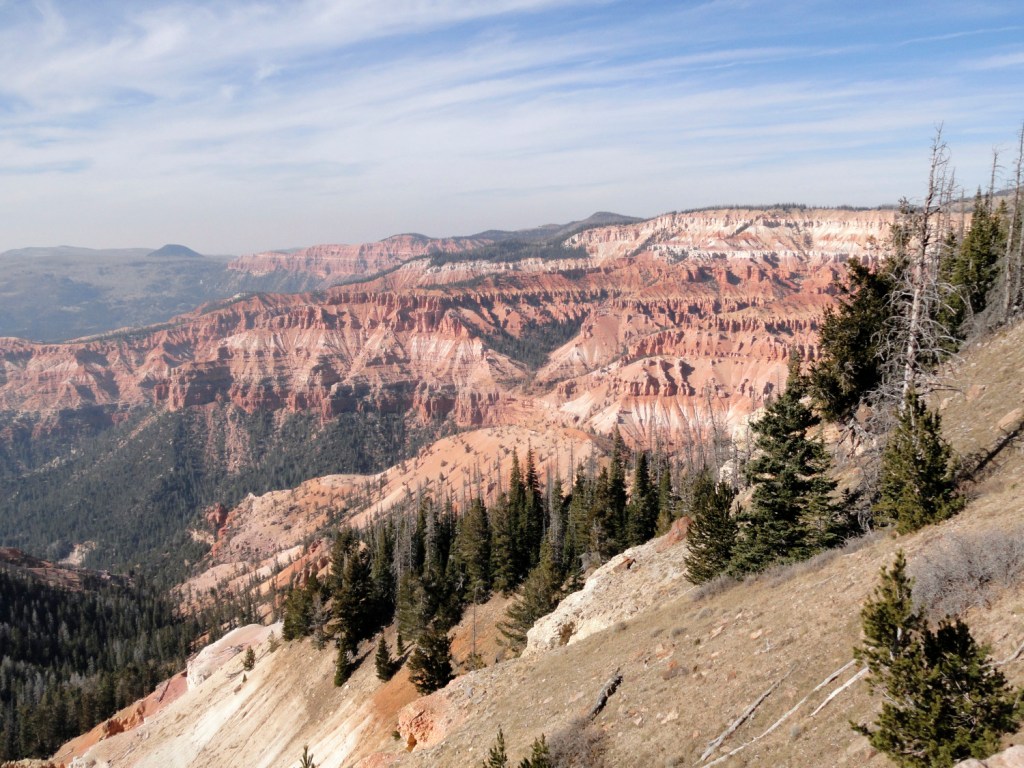 We landed in Las Vegas and started our journey northwest towards Cedar City, Utah…that is after we spent entirely too much time trying to figure out how to turn on our rental car—darn modern technology! Just inside Utah, we stopped to get a cooler so the homemade food I packed wouldn’t spoil, and experienced the most unexpected act of kindness. It’s not a huge deal, but I feel like sharing it because it’s things like this that restore my faith in humanity… 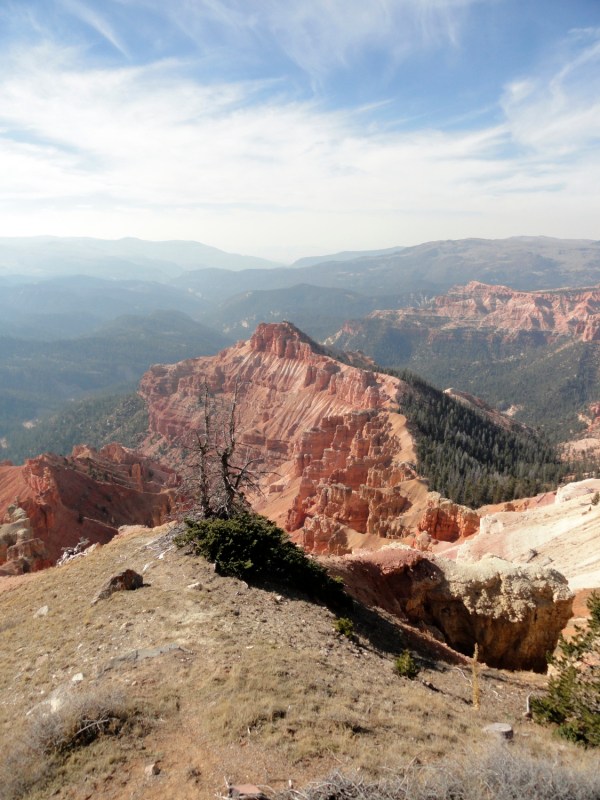 While we were in the convenience store, I got distracted looking at car adapters. You see, our rental car from outer space didn’t come equipped with a USB input, and we only had a car charger for one of our phones. So I thought if we got an adapter with 2 USB inputs, we could both charge our phones simultaneously! Genius, right? {What’s even more genius is that after returning home, I discovered I already owned the exact same gadget and didn’t even realize it…but let’s ignore that for now.} The only problem was, the prices for the adapters were out-of-sight! Thankfully a gentleman standing nearby (waiting for his Burger King order) got my attention and told me Walmart sold the same thing for half the price. He explained how to get there, but Kash and I were in such a hurry to get back on the road, we were about to buy the overpriced contraption anyway. Next thing I know the guy says he thinks he has one in his truck, so he hands me his Burger King receipt and asks me to grab his lunch for him when his number’s called while he heads out to look. A couple of minutes later he got his burgers and we scored a free adapter (which turned out to be a lifesaver on our trip)! I know it wasn’t much, but meeting people like that—complete strangers—who are truly kind, generous and helpful (and who aren’t focused on what’s in it for them) brighten my day and remind me to try to do the same for others! 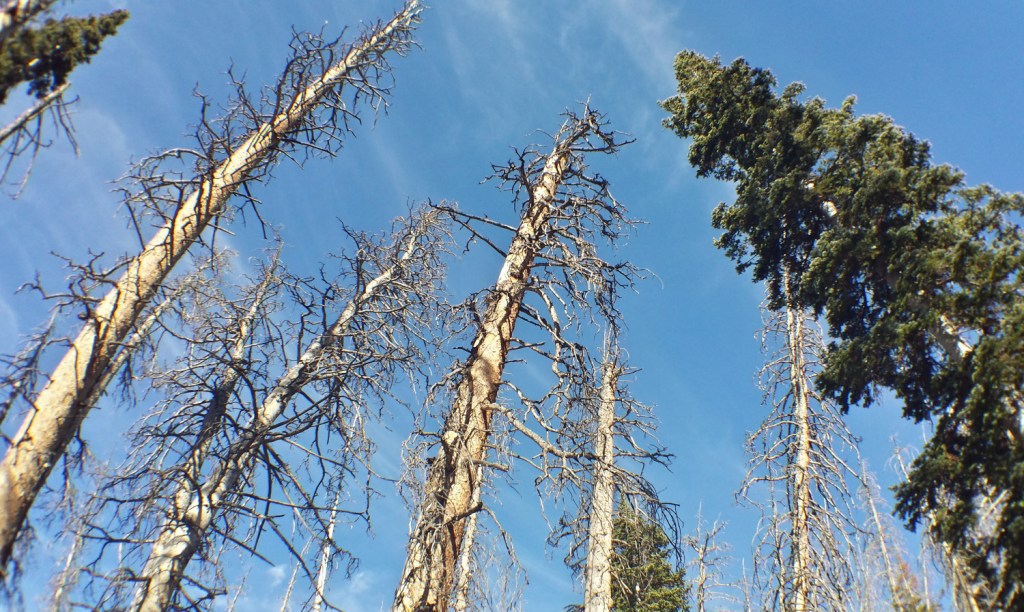 Alright, so with chilled food and charged phones, we headed off to our first destination: Cedar Breaks National Monument. I didn’t really know much about it, but my mom had suggested it as someplace we should stop if time allowed. My family used to take frequent trips to area parks when they lived in Utah (before I was born), and my mom said she and my dad particularly enjoyed Cedar Breaks. After our visit, I certainly understand why. It’s a unique park, but it seems to be often overlooked by tourists, as there are so many more well-known behemoths in the region.  Consequently, if you’re looking to avoid the crowds, Cedar Breaks is perfect. The picturesque drive in is quite the climb, as the park sits atop the Markagunt Plateau at over 10,000 feet in elevation. A mammoth amphitheater carved into the rock by millions of years of uplift and erosion, coined “The Circle of Painted Cliffs” by Indians, is the centerpiece of the monument. Deep inside this half-mile deep geologic bowl are jagged stone spires, columns and canyons intricately colored in varying shades of pink, orange, yellow and white. The colorful rock is met by the dense, dark green of the Dixie National Forest as it creeps over the hills, and the rim of the amphitheater is scattered with the uniquely twisted and tangled-looking bristlecone pines, which are some of the world’s most ancient trees. 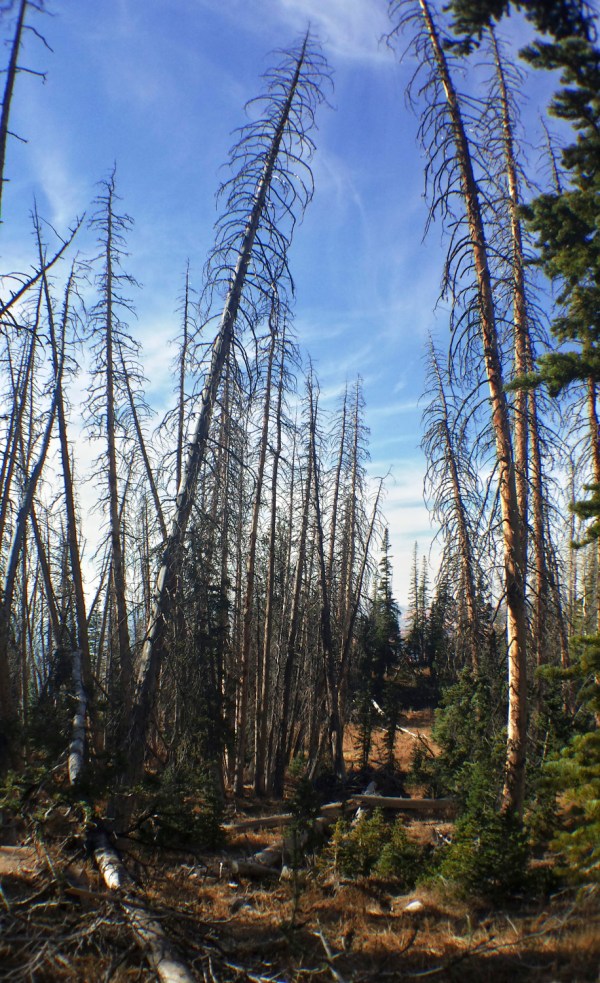 We pulled off at the Chessman Ridge Overlook, which is 10,460 feet above sea level and provides the most magnificent view of the amphitheater. It also serves as the trailhead for the Alpine Pond Trail, which is a 2-mile (roundtrip) path through a subalpine forest and a meadow that is scattered with vibrant wildflowers in the summer—though we were visiting far too late in the year to experience any blooms. Some of the trees are dying at the hand of an invasive beetle, but the forests are still rich with beauty—I couldn’t stop looking up in awe and snapping countless photos. I know it sounds weird…they’re just trees, right? But think how long they’ve been there! It was a relatively easy hike (even though we underestimated the effects of the high altitude), and the spring-fed Alpine Pond offered a tranquil spot to relax under the trees before we trekked back up to the top. We worked up quite the appetite, so we refueled with a picnic lunch of grilled chicken sandwiches topped with Southwestern Red Pepper Pesto and a side of Herbed Cranberry Apple Couscous before heading off to our next destination: Bryce Canyon National Park. {More to come on that soon!} 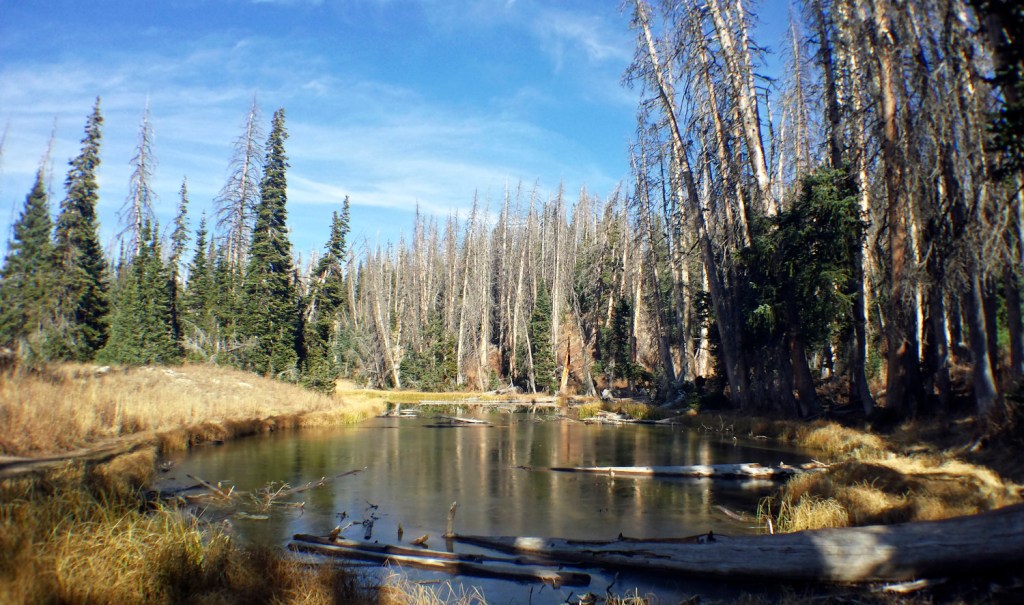 If you’re considering a trip to Cedar Breaks National Monument, be aware that most of the park is only open late May thru mid-October (weather dependent), although there are some winter activities available. Entrance to the park is $4 per person (free with a National Park yearly permit). The scenic drive (UT Hwy. 148) closes after the first major snowfall, so be sure to plan ahead and prepare an alternate route just in case. For current park information, visit the National Park Service website.